As noted during our ongoing social media outlet coverage, the Latium team’s recent trip to Singapore and Thailand was one of exceedingly great opportunity, exposure and best yet: Expansion. As we have been almost entirely focused on foundational platform development, we had not yet reached out into some of the other far reaching opportunities, ensuring that not only the timing was right, but that also the core facets of the platform were in place to both acquire and retain a growing user base.

Good morning from Singapore! Just after 6 AM here but we've already been up for a while preparing for the first day of the #WBSSINGAPORE!

Today's agenda is networking with the attendees and showcasing Proof of Human!

We completed a whirlwind of activity and professional networking while in attendance, and quite frankly, were amazed ourselves at the response we received from both fellow businesses and consumer minded participants. The first leg of our ongoing conference tours has taught us many things and helped even refine specific aspects of our design and development path by continuing to acquire ongoing, direct feedback from those both in, and outside of, the industry as a whole.

Our focus & goals at Latium, while at times expansive, diverse and complex can always be simplified to one single goal: Accessibility.

Accessibility of #cryptocurrency to the general public while making each process simple, pain free & easy to use.

With that said, one of our biggest announcements wasn’t necessarily one that we brought with much fanfare and vocalization. This announcement is a core direction of one of our existing feature sets, and one in which we would like to explain in more detail today as well to help our current, and future, audience better understand our project goals and vision.

To begin with, we recommend reviewing our CEO & Co-Founder, David Johnson’s keynote message from the recent Satoshi United conference event in Singapore. It is available in it’s entirety below for viewing.

Proof of Human: Value in Individuality

As you’ll find from the message above, David advocates that to truly innovate and build out within an emerging industry, you must first identify where you are, as well as plan accordingly and reach for the future. It is our shared opinion among staff here at Latium that the current state of the Blockchain industry is comparable to the computer hardware state of approximately 1992. Similar comparisons can continue to be made, seeing that while possibility and promise is exceedingly high, general adoption is still low, with a multitude of both technical and social aspects necessary to be refined at this time.

David goes on to reiterate and strengthen the overarching Latium vision which remains this: Increase the accessibility of cryptocurrencies to the general public audience. This core tenet is built into each and every feature that we develop for Latium, as it is the key to general public adoption in our eyes.

With that said, as you’ll notice from the latest keynote speech, an even more advanced concept is brought to light when further discussing Proof of Human. Rather than simply prove the existence of a unique human, Proof of Human (PoH) opens the possibilities much further. Starting with verification we are able to expand into the very tokenization of ourselves.

Each and every person holds value in their own work output and the reputation that accompanies that completion. We believe that this can be tokenized and used within our ecosystem. While Proof of Human may have started as a verification system for our own needs within the Latium tasking platform, we’ve come to realize its full potential is much higher and much grander than once thought.

This is not a change, nor is this a pivot, this is an expansion of a defined Latium feature that we truly feel will continue to garner and foster general public, daily adoption by our existing and future users to come.

Further details of both design, development and integration of these advanced Proof of Human features will be announced to the Community and via our social media outlets as applicable. This is not an immediate change, but an ongoing gradual evolution of expanding the strength of the value that is held in truly verifying the presence of a unique human.

We are currently finalizing an updated roadmap, a Scheduled Roadmap 2.0 so to speak that shows in even more detail an expansion of the features and roles of many aspects of the Latium platform under development. We look forward to making this available to you as a community when available and will continue to ensure each and every decision we make is coupled with accompanying transparency and accountability. It is our intent purpose that any decision, large or small, is made collectively and for the intent purpose of supporting the longevity of the Latium platform and token. 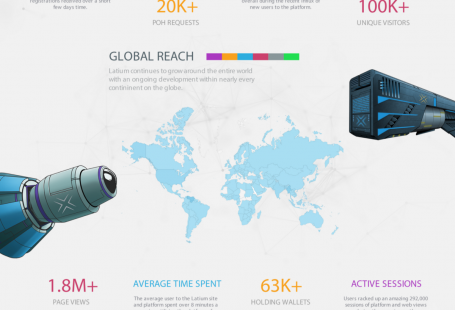 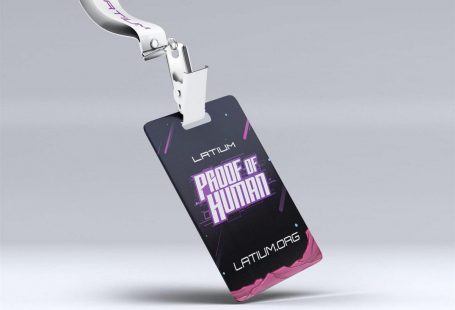 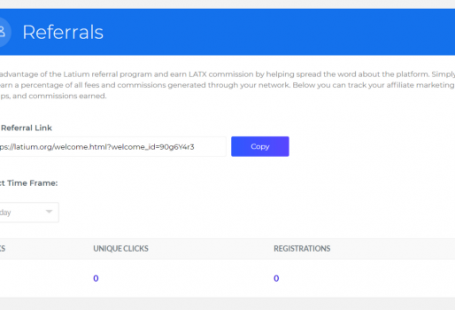